Camp Clevian Circularity has been a part of Burning Man since 1998, and part of Snowflake Village since 2000.

The population is about 20 people, mainly from Wisconsin. Our main activity is the “Speed Dating Game,” specially designed for Burning Man. Four guys sit across a table from four girls, and have two minutes to talk to each contestant. At the end of eight minutes, contestants vote for each other using a secret-ballot gameboard. Those who choose each other are matched up. Fast, simple, and hilarious. 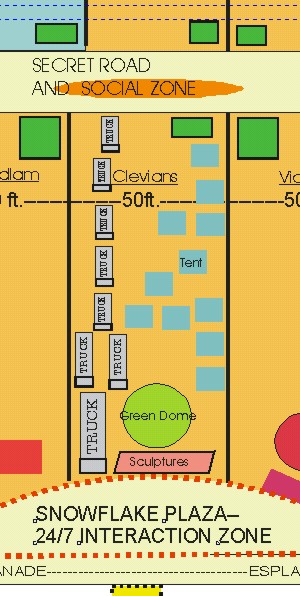 Clevian Circularity camp 2007 fronts on the Esplanade of Burning Man.